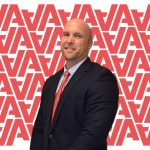 Andrew Smith started his ALKU career in 2017 and is now a pillar in the Charlotte office. Andrew is extremely versatile, energetic and everything he does is completed with greatness. Throughout his career, he has had one of the quickest ramp-ups the company has ever seen of someone making the switch from Recruiting to Sales.

Andrew has taken on starting a new division and when it became evident that the focus had shifted, he navigated that transition seamlessly. Andrew cares about the success of the people around him and will work non-stop to make them even more successful. He is someone that is dependable and well known throughout the company for his dedication.

In his new role, Andrew will be responsible for not only the continued development of his personal spread but also the development of all Account Manager in the Data Science Division.

Congratulations, Andrew! We can’t wait to see all you accomplish in this new role!

“This is one of the most exciting promotion announcements I have had the privilege of writing in my entire career! Andrew is the definition of an ALKU leader, and he has worked his tail off to get to this point and this promotion could not be more deserving. Andrew’s road to get to this point has not been the easiest path, but something that I admire so much about him is that he has had unwavering trust in myself, the leadership team, and ALKU as whole from the second I met him. When I met Andrew, he was one of the most dominant recruiters on the Cerner team and was seeing extreme success; however, he expressed his interest in moving to Account Management knowing it would be a huge challenge, but he made the jump.

Andrew did absolutely everything that was asked of him every step along the way. When he switched over to account management, he shot himself up to a spread high in less than two years. He then switched his focus to starting the new division, “AWS” and was confident enough to speak up and tell the leadership team that data science may be a better direction from what he was hearing in the marketplace. Now, the team is scorching hot, in the right marketplace with an amazing leadership team and I cannot wait to see this group explode. Anyone that knows Andrew, knows he is a natural born leader. He leads by example, and he creates an amazing environment for his team who shows up to the office every day and has FUN. I can say with 100% certainty, this is not the last time you will see the Andrew Smith promotion slack come out, the sky is the limit for this guy. Congrats again my friend and I am so incredibly excited for you – I am lucky to work with someone like you!”-Michael O’Brien

“Andrew Smith is the epitome of what being a leader at ALKU is all about. He leads by example, keeps his head down, and proves to always be the hardest working person in the room. He is one of the most caring leaders I’ve ever met as he is willing to do anything for the success of his team. Smith has succeeded in every role he’s had at ALKU from being a recruiter turned AM in Cerner to starting his own division in Data Science. Now, we all get to witness him become a fantastic leader. I couldn’t be more excited for how many great Account Managers will be developed in Charlotte because of Andrew. I am still waiting for the answer to the first question I asked Smith when I went down to Charlotte for the first time.. “Where is the bubbler?” to which he looked at me like I had 10 heads and kept dialing the phone. Congrats Smith, so well deserved!” -Dave Tuell

“In a company full of the most talented people in the industry, Andrew is one of the best we have. This promotion is so well deserving, and I couldn’t be happier for you Andrew.

Most of you may know him because his name is etched in every ALKU office we have, and you pass by it or see it every day. He possesses a boat load of rare traits that make him so excellent at his job and exhibits them every single day for ALKU. The amount he just flat out cares for the success of the team is fun to watch and his loyalty to his people is second to none. He one of those people that makes every single person around him better. The effort and work ethic he puts in to accomplish his goals is unreal and there is a huge success story behind it now.

Andrew started as a Recruiter here almost 5 years ago and immediately you could tell his talent level was off the charts. He saw immediate success and was on his way to setting a new bar (as far as I am concerned) for everyone around him. Through his immediate success, he saw an even greater opportunity in Account Management and took that leap of faith knowing it would pave a new path for him at ALKU. As he saw even more continued success as an Account Manager, when it came time to build around someone and start a new group, Andrew was ready to step in and take on his 3rd challenge to start Data Science. Now, he is leading the charge for our next uber successful division we will have here.

This promotion for Andrew is personal for me. I have seen him go through so much to get here and his continued effort and unwavering trust he has shown throughout everything has been amazing to be a part of. While there will be hundreds of congratulations thrown your way for this Andrew, I want to take this opportunity to say, “Thank You”. Thank you for letting me be part of your journey and thank you for always believing in yourself. We are all better because of you and I will never be able to express enough gratitude for that.

While this is the next step in your career, it is most certainly not your last. To my friend Andrew, cheers on the promotion.” -Tyler Bush