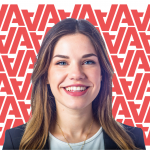 As a recipient of some of ALKU’s most prestigious awards, Anna’s work ethic speaks for itself. Anna earned CEO’s Choice, as well as the more recent AWE Inspire Award. Her impact is felt across the company with her contributions to empowering employees through her DE&I efforts, as well as her ability to improve efficiencies across the company.

With this and much more, ALKU is excited to announce the promotion of Anna Kochien to Senior Personnel Services Manager! In her new role, Anna will continue to grow the
Personnel Services department by dividing and specializing, as well as assisting in the development and expansion of programs. She will lead the growth and strategy of the department and continue to develop new leaders within the team.

Congratulations, Anna! We can’t wait to see all you continue to accomplish in this new role.

“Only a few short years ago, the idea of ‘Personnel Services’ was just that, an idea. Since then, Anna has turned this idea into a full-fledged department with some of the strongest employees in the company. She has developed processes, improved efficiencies, increased brand awareness and engagement with our external population…the list goes on and on. Anna has great relationships with employees across the entire company and most recently, added the AWE Inspire award recipient to her list of achievements.

You have put in SO much hard work over the years, especially this last year with Bullhorn One (nervous laugh), and I am so proud of how far you have come. I feel so lucky to call you a friend and to get to go on this ALKU journey with you. Congratulations Ah-nah! This promotion is so well deserved, and I truly couldn’t be happier for you. To quote one of Anna’s favorite people, ‘Who run the world? ANNA’” -Kayla Morrison, Director

“Anna is the definition of accountability. She is a hands-on leader who isn’t afraid to dig into the root of any issue and do her best to find the best solution. You can tell her team is following in her footsteps when you see how hard they work and how dedicated they are to their craft. Anna is the type of person you can call at any time day or night with the biggest problem, and she handles it with such poise and professionalism that assures you a solution is on its way. I personally love working with Anna because of how honest and straightforward she is. ALKU would be a better place with more Anna’s around, and with her developing a fantastic team, it seems we will have a lot more people like her. Congratulations on the promotion Anna, well deserved. We wouldn’t be as successful as a company without you!” – Dave Tuell, Vice President of Healthcare IT

“In Anna’s first interview she sold us on her creativity via a supposed travel blog that was never ever to be seen. Luckily for her, the blog was quickly forgotten about once we saw the crazy smart, hardworking woman that she was. And it wouldn’t be a quote about Anna if I didn’t get the chance to tease her about at least one thing, so I’ll leave it at the ‘travel blog.’ As cliché as it sounds, when I think of the perfect ALKU employee, I think of Anna. To no surprise, she won CEO’s Choice within her first two years here impressing everyone around her as soon as she picked up the phone and started running her AWO meetings. It’s a super hard task to find someone who is organized, detail oriented, and great at an administrative role who also sounds great on the phone and gets every consultant to absolutely love them. And I really really mean love—Anna received flowers, love notes, but you name it, Anna got it; the people loved her. It was Anna who took the Personnel Services role and made it a team. She knew how to train her people to follow in her footsteps, leverage great relationships with all revenue groups, and started growing her team to the dynasty they are today. Because of this, and her ability to now develop the next layer of leadership, the promotion to Senior Personnel Services Manager is more than well deserved. If you need someone to look up to as an example at ALKU, whether it be in an entry level role or as a manager, look at Anna. This is just the beginning for her, and we are so lucky to have her as part of the ALKrew. Congratulations, Kochien like the ocean!” – Lauren Pacella, Vice President