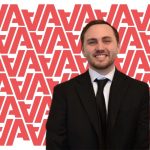 Brian Foley started at ALKU as a Recruiting Intern in 2017, he then came on full time as an SAP Recruiter, and today he is being promoted to Salesforce Sales Manager. Brian has trusted the ALKU process since his first day as an intern, leading him to great success. He embodies ALKU’s Have Fun Working Hard™ culture as he grinds through the work day, day in and day out. He is always the last out of his group to leave, leads by example, and motivates those around him.

He found success as a recruiter and pushed himself to switch to the other side of the desk as an Account Manager, where he found success, as well. Brian had been a driving force for the SAP group when he took a chance to kick start a new division. A division that was the fastest start-up in ALKU history.

With this, and much more, ALKU is excited to announce the promotion of Brian Foley to Salesforce Sales Manager!

In his new role, Brian will oversee the Salesforce Sales team and continue to help grow its success. He will continue to be a driving force behind his team’s profitability and mentor others to become driving forces as well.

Congratulations, Brian! We can’t wait to see all you continue to achieve in this new role!

“Congrats on your promotion! I am so proud of you and all you’ve accomplished!! Brian is one of my favorite ALKU stories. He came in as an intern and was drafted into SAP as a recruiter. He immediately started closing deals and thought he was better than his manager and hit a high spread in recruiting three months in. Brian then took a leap of faith and switched to sales. He immediately made an impact in the group on the sales side and set the pace for the ALKU mentality. He is one of the first in and last out and is still seen late at night at ALKU past 8 PM most nights, grinding away and keeping that hard work mindset alive in Salesforce. The group culture that he and Jenn have created is amazing and contagious. You would think they’ve all been working together for years. I cannot wait to see what comes next for Brian. He is someone who has always been heads down and grinded his way up. This promotion is extremely deserving and only the start for Brian in ALKU leadership! Thank you for all your hard work and trust over the last few years! I appreciate everything you’ve done for SAP, Salesforce, and ERP! Time to celebrate! Congrats!!!!” – Erin McCormick, SAP Sales Manager

“This promotion is very cool for me because Brian was the first person I had drafted when becoming a manager. After 6 months, he was already at a spread high and clearly understood this business, which eventually led him to become an Account Manager. This was a sacrifice SAP needed at the time and Foley stepped up to the plate only to become a high spread Account Manager who everyone looked up to. He always had a passion for helping people and so when Salesforce came about, he was a no-brainer to start it up. I think at this point everyone might already think you are the Sales Manager but let me be one of the first to congratulate you on achieving this accomplishment and looking forward to seeing you take Salesforce to the moon!!!” – Dan Alberico, Senior SAP and Salesforce Recruiting Manager

“Brian my guy! I feel like I could have been writing this message to you months ago with the way you’ve taken the reins of the group. You truly lead by example, set the bar at the highest level for those around you, and hold a great deal of respect on the sales side. It has been so amazing to see you succeed, and to see the success you’ve inspired in others — group spread highs, multiple new accounts, and the list goes on! I couldn’t have asked for a better business partner and friend. This is only the start and I’m so happy for you! Salesforce to the moon!” – Jenn Dupuis, Salesforce Recruiting Manager