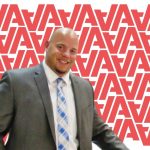 Craig Cowen joined ALKU in November of 2015 as an Account Manager in the then, Quality division. Craig is the perfect example that taking chances and different career paths can lead to opportunity. Craig came into ALKU and quickly became one of ALKU’s most promising new account managers, going on to become Rookie of the Year and set some company records.

When the opportunity came for the Oracle Sales Manager in Andover, Craig was the answer. Craig came in and brought a new culture to the Oracle group and helped plan and execute the eventual split into the Kronos and Oracle Cloud teams.

Since the split in the beginning of 2021, Craig has helped grow both groups. The success of both groups is because of Craig’s dedication to building great account managers and developing accountable leaders. With this and much more, ALKU is excited to announce the promotion of Craig Cowen to Senior Kronos and Oracle Cloud Sales Manager.

In his new role, Craig will oversee the leadership and management of sales managers and account managers on both the Kronos and Oracle Cloud teams. Congratulations, Craig! We can’t wait to see all you accomplish in this new role.

“The growth of Craig Cowen as a leader has been one of the best things to watch at ALKU over the past few years. Everyone that knows Craig knows him as the boisterous, floor generaling, rah-rah guy that knows how to get a group of people energized. What people don’t see is behind closed doors, how much time and effort he puts into the people who work for him. Craig is a shining example of what it’s like to be a ‘level 5 leader’ because he is incredibly ambitious, but his ambition is for the cause: it’s for his teams, it’s for ALKU, and it’s never for himself. Craig put his trust in ALKU and took a chance at a different career path back in 2017 joining the Talent team to run the Durham Training Center. This move ended up being one of ALKU’s best moves as Craig created an incredible culture in that office that led to some of ALKU’s best and brightest employees and managers today. Since returning to Andover as the Oracle Cloud Sales manager, Craig has done an incredible job with bringing a team culture to the group and driving accountability. He was extremely diligent and spent a lot of time to prepare and execute on the split of the group into Kronos and Oracle Cloud and has done an incredible job developing leaders and long-term plans for both groups to continue to flourish. Craig, congratulations on this well-deserved promotion to Senior Manager. Looking forward to watching your continued success in ERP!” – James Cassin-Reed, Director ERP Sales

“Craig!! Craig is the total package when it comes to qualities needed to be a successful sales manager. He brings excitement, energy, and passion to everything he is involved in. He cares so much about the development and success of those around him. Craig took on a big challenge two years ago by coming into Oracle as a sales manager and he wasted no time redefining the culture and creating an accountability that was missing. Fast forward two years later and Craig now has two groups that are absolutely crushing it! Craig’s impact goes way beyond the Oracle Cloud and Kronos groups; look no further than the top of the spread report to see a long list of names he worked with during his Training Center Tenure. Craig has always put the success of others and the company ahead of himself, from when he walked away from his own desk to take over the Durham Training Center, to coming back and taking on a sales manager role in Oracle, and then creating more opportunity for those around with splitting Kronos and Oracle Cloud. No one celebrates other’s successes quite like Craig and if you don’t believe me, go find him right after the spread comes out. Craig has mastered walking the line of not taking himself too seriously and the accountability/drive to develop studs everywhere he goes! Congrats, Craig on the promotion to Senior Manager!!!” – Nick Vignone, Senior Director

“From the moment Craig started with ALKU, I think it was apparent to anyone that was paying attention that he was destined to become a leader. A true ‘Lead by Example’ kind of person right from the very beginning, Craig often led in front end metrics and as a result, he was able to achieve levels faster than those that had come before him. In addition to the individual success Craig was having, he slowly but surely became the kind of person that not only had fun doing what he was doing every day, but also made sure that those around him had fun, as well. Craig’s next stop on his ALKU journey was to become the Durham Training Center Manager and as a result, there are several successful members of the ALKU family that got their start under Craig in Durham. When the ERP umbrella was in need of a sales manager, Craig jumped at another opportunity to both further his career and help the company fill a major need. In each of the roles Craig has had up until this point, he has proven that he is someone that is willing to work as hard as humanly possible not just to succeed individually, but more importantly, to ensure that those around him are successful, as well. As a Senior Sales Manager, I have no doubt this will continue to be the case!

Congrats my friend! I know how hard you have worked at ensuring you are the best possible leader you can be for those that depend on you to show them the way!” – Nate O’Keeffe, Senior Vice President