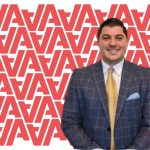 Dan started his ALKU career as one of the first interns in February of 2012 and started full-time in SAP in June of 2012. Dan quickly became one of ALKU’s top recruiters and hit a personal spread high. He has since developed countless successful recruiters and leaders. Additionally, he played an enormous role in the planning behind starting Salesforce which is one of ALKU’s most successful startup groups.

Since being promoted to Senior Manager, Dan has done an unbelievable job continuing to lead SAP, Salesforce, and now Kronos. He has brought these groups to the successful position they are in today. He continues to put ALKU above himself and has encouraged people he has developed to take opportunities outside of his own groups. Throughout the years, Dan has been a crucial piece to the growth of Business Applications and ERP.

Dan is always thinking about the bigger picture and makes it a point to build relationships not only within his groups but across the entire company. You can’t think of ALKU’s culture without thinking of Dan Alberico. He is always willing to run meetings and making everyone laugh when he participates in any video for ALKU. Dan is the perfect example of an approachable leader. He is always finding the positives in every situation.

In his new role, Dan will oversee Salesforce, SAP, Kronos and continue to focus on the Business Applications growth and development of the recruiting leadership team. Additionally, Dan will play a pivotal role in ERP recruiting strategy and the development of leaders, future leaders, and recruiters across the brand.

Congratulations, Dan! We can’t wait to see all you accomplish in this new role!

“RICO!!!!!!!!!!!!!!!!! I couldn’t be more excited for your DIRECTOR promotion! You are the epitome of somebody who leads by example. You have a unique and genuine way of developing the strongest relationships across the company which is a huge reason why everyone loves working with you and looks up to you as a leader. One of the things that impresses me most about Dan is his consistency. Throughout his career, Dan has consistently developed top producers, future leaders, managers and always has a positive attitude toward anything that comes his way. Dan has a way of lighting up any room he is in with his natural ability to make anybody he talks to laugh. He is one of the most approachable leaders at ALKU and because of this people naturally gravitate toward him seeking his advice. Dan has a true passion to make everyone he encounters with to be as successful as they can be and has been a staple to the overall growth of ERP over the years! Congratulations Dan on your WELL DESEREVED promotion to Director of Business Applications Recruiting!!! This is just the beginning!!!” – Micaela Damiano

“There are few people in ALKU’s history who have had a bigger impact on the company than Dan Alberico. Since his days as one of our first interns back in 2011, Rico has been committed to making ALKU a great place to work and successful company. Looking around ERP, you’ll see the impact that Dan has had with the incredible managers he’s developed and the recruiters and account managers that he has helped make successful. While that is a big reason Rico is where he is, Dan’s impact on the company goes so much further. He is always the first person to say yes to things asked of him by the company and the examples include owning recruiting meetings, Tuesday skills (now workouts), jumping on CRD events, being the first ALKrewter, covering interviews for others, company kick offs, or just being willing to spend some time and share some knowledge with someone not in his world, Dan takes it all on with a smile on his face. Rico brings an infectious positive energy to the office and every meeting or interaction he has. Dan is proof that if you work hard and put the company and other’s success ahead of your own, you will be rewarded for it. I am fired up to see where BizApps goes with Dan leading the charge as the Director of Recruiting. Dan’s impact on the company will only continue to grow as he takes on more responsibility. We are better off as a brand and company with Dan Alberico as a part of it. Congratulations Rico, I am so pumped for you and can’t wait to see what you do as a Director!!” – Nick Vignone

“Daniel Alberico…is there a name more synonymous with ALKU? Rico has been one of our company’s most influential employees from the start and has been instrumental in creating the culture that we have today. From the day he started at ALKU he brought the perfect mix of hard work and enthusiasm and the people around him started to naturally follow his lead. When Dan joined the leadership team, he immediately showed a talent for developing excellent recruiters that he poured everything he had into. He’s passionate, thoughtful, and lighthearted and on top of all these traits that make him a great leader, he’s fricken hilarious. You won’t find a person in the company that doesn’t enjoy a conversation with Dan, he’s a natural energy booster. Alberico has solidified a recruiting team and process within the Business Applications side of ERP that is truly unmatched, and he has now developed some of the best recruiting managers in our company. This promotion to Director was earned because Dan came to work every day (sometimes with his lunch packed) and worked hard for it. It impossible not to root for a guy that brings a smile to work every day and takes on whatever challenge is put in front of him.

Whether he shows up as a recruiter, a Spartan, or fan favorite Don Rico, we always know we are getting full effort out of Dan Alberico. Happy as ever for you Rico, this is truly a well-deserved promotion and excited to continue to build this company with you.”  – James Cassin-Reed