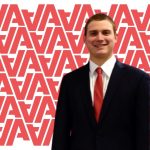 Drew joined ALKU in November 2019 as the third member of the Business Technology team. Drew very quickly became a driving force of the team, getting his name out there as the guy who would help you out no matter what. A key driver of building this reputation was his determination to always help out as much as possible. When you think of Drew many things come to mind; hard worker, a strong affinity for tools and systems, but the differentiator is that Drew is truly caring. When someone reaches out to SOS with a tech-related issue, when an application goes down or isn’t performing properly, when someone hits a career or personal goal, Drew is there. Drew’s work ethic combined with his caring personality makes him someone that everyone wants to be with and emulate.

Not long into his tenure, he was tasked with helping ALKU adjust to working remotely. Drew had an integral role in ensuring employees were trained on key tools like CloudCall, Zoom, and Slack. Drew’s integral role continued, as he helped create and launch Where We At on ALKU Everywhere, including coining its name! More recently, Drew has taken the lead in the area of launching and supporting Drift, implementing ALKU Everywhere infrastructure upgrades, and creating a mobile strategy with the help of the Mobile Focus Group. This is only the beginning, there is so much more on the horizon for Drew!

With this and more, we are thrilled to announce the promotion of Drew Goldstein to the role of Senior Business Technology Specialist!

Congratulations, Drew! We cannot wait to see all that you achieve in this role!

“In the first 10 minutes of my interview with Drew, I knew he had to work at ALKU. Drew has an “it” factor, a magnetism that makes you just want to hang out with him. He’s humble, genuine, and an all-around great guy. However, his attributes and success don’t come easy. These things don’t just fall in his lap. He works incredibly hard at what he does whether it’s helping someone on an SOS or stepping in to live chat with a consultant via Drift. Even when he won the 2020 Net60 Referral contest, he put himself in that position by having a ton of referrals! I am proud to have Drew on the team, congratulations on your promotion!!”- Kyle Ketcham, Director of Business Technology

“When I first met Drew during the interview process, all he talked about was Worcester Bravehearts this, and Worcester Bravehearts that. I get it, you worked for the Bravehearts. What I got out of that interview was the passion that Drew has. Even though he didn’t have a background in technology, I knew that he could learn what was needed to be successful in this job. Which he has not disappointed. Drew took a role that didn’t exist and made it his own. He has thrived over the past two years, and it has allowed us to expand the team. His hard work and determination have allowed us to have a blueprint for the role he developed, and we were able to begin to transition Drew into a new role. Throughout Covid, he has been a go-to person to help ensure we have all the tools needed to do our jobs, in the office and remote. Thank you for all that you do and congratulations on your promotion!”- Jon Kujala, Senior Vice President

“Drew is hands down one of the best hires ALKU has made. Since Drew started, he’s worked hard and put his best foot forward in contributing to ALKU’s success. His ability to take on a project, stay organized, communicate, and see it all the way through is impressive. Drew has not only been a huge asset to the SOS team, but he’s also helped spearhead very impactful initiatives such as CloudCall, improving new hire training, ALKU Everywhere, and the Mobile Focus Group. As we strive to be one of the most tech-enabled staffing companies, we need employees like Drew who are dedicated, loyal, knowledgeable, and passionate to help spearhead such an extensive goal. Congratulations on the well-deserved promotion, Drew! I’m excited to see what else this role has in store for you!”- Aleksia Qirjazi, Senior Operations Manager