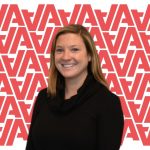 Erin started her ALKU career as the first female Account Manager in 2014 and is one of ERP’s most successful Account Managers in ALKU history. In total, Erin manages four of ALKU’s ERP divisions. Throughout her ALKU career, she has helped develop two start-ups, including Salesforce and UKG, and assisted in growing two existing groups, including Kronos and SAP. Erin has spearheaded and led most of ERP’s sales meetings over the past several years. She is, in fact, the most tenured ERP Salesperson within the brand.

From the beginning, Erin has been a massive part of ALKU’s Have Fun Working Hard™ culture. She has helped establish accountability within ALKU due to her attention to metrics and details. Over the years, Erin has played a massive part in creating tools, audits, and reports that the company widely uses. Erin’s feedback and ideas have not only helped shape the sales sides of ERP but have helped it grow significantly. Outside her day-to-day role, she is a member of ALKU’s employee resource group, AWE, and on ALKU’s Futures Committee.

In her new role, she will be responsible for the growth and development of sales leadership within the Business Applications side of ERP.

Congratulations, Erin! We can’t wait to see all you accomplish in this new role!

“I couldn’t be more excited to announce the promotion of Erin McCormick to Director of Business Applications Sales. Since joining ALKU in 2014, Erin has been setting the bar for what it means to be a great employee and leader at the company. Erin has been one of ERP’s most successful salespeople, and her attention to detail and dedication to process has created a culture of accountability within ERP. When I first met Erin, she was a determined and poised Account Manager with a lot of spunk. Over the years, she has proven to be one of the company’s best sales-minded employees and has become an incredible leader. Erin has built a team dedicated to metrics and communication and shows up every day excited to work for Business Applications. I know that Erin will continue to bring her work ethic daily in this new role and lead her teams to continued success as she has the last few years. Congrats, Erin; continue to be authentic and confident. I am proud of the leader you have become.”-James Cassin-Reed

“ERIEEEEEEEEEEEEEEEEEE!!!!!! This promotion is so well deserved, and many of us are lucky to have you in this new role. You have developed many great Account Managers and leaders, allowing Business Applications to flourish. Thank you for being the accountability queen and keeping it fun and weird when we need it the most. The past four to five years have been a great ride with you, and I can’t wait to see what we can accomplish in the future!!!”-Dan Alberico

“Erin has done it all at ALKU- she was an exceptional Account Manager, developed a handful of incredible AMs, managed, and developed great Sales Managers, and has been a part of one of the fastest-growing starts up in ALKU history with Salesforce. One of Erin’s biggest differentiators is the amount she cares about. To be a good leader, you must care about the people on your team, but Erin takes that to another level. She is always talking about what someone on her teams just accomplished or is working towards. Erin has been responsible for developing some of the best salespeople and leaders we have, but you will never hear her take credit for it. Erin embodies the ALKU way of if you put your head down and work hard while developing those around you, you will be rewarded for it. Another factor to Erin’s success is her constant pursuit to keep improving and getting better. Look no further than any meeting she’s in; she’s constantly taking notes and applying what is being discussed. That constant pursuit of improvement took Erin from a Manager to Senior Manager to Director in eight months. Erin was our first successful Female Account Manager in ERP, and it’s only right that she’s our first Female Director on the Sales side!! Congratulations, Erie, on your promotion to Director of BizApps Sales; so well deserved, and I’m fired up to see where you can take it!!!”-Nick Vignone