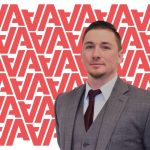 John Barrett started with ALKU in January of 2019. From the very beginning, John has trusted the ALKU process. He truly embodies ALKU’s culture of Have Fun Working Hard while keeping his head down and grinding his way to the top. All of John’s hard work came full circle when Medical Device RS split from Regulatory and Scientific. John stepped up to take on the role of future Sales Manager.

John is a natural leader that has made an immediate impact before he was in the leadership program. He is the first one in the morning and the last one out at the end of the day. He leads by example for those around him and has executed beyond expectations when tasked with something new. Not only has he doubled his spread highs, but he has helped the Medical Device RS group grow significantly within eight months. Beyond his work ethic, John is selfless, driven, and accountable. He exceeded every expectation, going above and beyond to build the new and improved Medical Device RS. In his new role, John will continue to lead and develop the Medical Device RS Account Managers.

Congratulations John! We can’t wait to see all you accomplish in this new role!

“John, I couldn’t be more thrilled to finally be writing this promotion. Since the day I started working with you, I knew you were going to make me a better person. You are humble, authentic, dependable, and utterly selfless. Every person that has had the privilege of working with you can agree that this promotion is more than well deserved. When an opportunity was presented to you, you worked harder than everyone else to ensure that it was yours. You outperformed beyond our wildest imaginations and became the best person for the role. Not only did you add an insane amount of spread within the first quarter, you decided you double that. Your dedication to the team, caused others to quickly follow in your footsteps and since your involvement with the group, Medical Device RS has reached a new spread high. You have faced a lot of adversities and changes in the past fifteen months, yet not once did you complain. If anything, it drove you to become the one consistent factor this group so desperately needed. Congratulations on this promotion John, I know you’re just scratching the surface, and I can’t wait to see what the future holds for you!! Thank you for all that you do!” -Kristina Zoto, Senior Sales Manager-Medical Device

“I’m not sure if there is a story like John Barrett’s, in terms of stepping up to the plate when it was needed most. John was asked to do a heck of a lot when Medical Device RS rebranded under Pharmaceutical and Medical Device umbrellas. Through every one of those situations, he has exceeded expectations in no time at all. When John needed to step up and lead by example with deals, he increased his spread by quarter-end. When the group needed more hires, he continued to grow those he mentored, but he didn’t wait for reinforcements. He took matters into his own hands and helped grow the group. John’s reliability, ability to lead, and passion/dedication to his employees are second to none. All these together has quietly become one of the biggest divisions at ALKU. John, I know you aren’t one for the bright lights and fanfare, but “the proof is in the pudding” mentality can’t stay quiet for long when Medical Device RS is firing on all cylinders thanks to you! That’s the stuff that’s easy to notice every single day. So, thanks for all you do, keep doing you, and congrats on an extremely well-earned promotion. Celebrate this one!” -Dave Esteves, Vice President of Life Sciences

“John Barrett is just the kind of guy you want to root for. I have worked with John on both sides of the desk as a recruiter and a sales leader. He’s a pleasure to work with as a recruiter and he’s inspiring as a sales leader. Johns the kind of guy I’ve never had to ask to do something twice. Any goal I’ve ever set for him he’s shattered in half the amount of time. This is one of those “finally” promotions because the fact of the matter is, Johns has been doing this job for quite some time. Everyone on the team already looks at John as their leader. He goes above and beyond even on the minor details. He’s accountable, the hardest worker on the team, and has a natural ability to motivate those around him. John is the type of person you can expect to do the right thing time after time. He will continue to build up those around him, create growth for the group and take Medical Device RS to the next level. In this new role, there is nothing John can’t accomplish. Congrats John, this one is very well deserved!”- Bob Cordaro, Director of Medical Device Sales