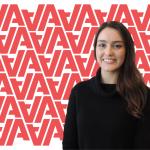 Jordan DiPietro started at ALKU in August of 2016 as a recruiter in the PeopleSoft division, now known as Oracle. When she joined ALKU’s Government team, she made an impact from day one. She put her head down, plugged into her work, and quickly became a key salesperson and contributor to her team’s growth. She was instrumental in the start-up of the Government Intel and Engineering division and has added three new programs.

Jordan is motivated, driven, humorous, and goes the extra mile to get the job done! In each role that she’s held, Jordan has consistently outperformed herself and followed the ALKU process. Her accomplishments are a shire reflection of that; Rookie of the Year, promoted to senior, career milestones, and more! When Jordan sets a goal, she works hard until it’s crossed off her list. In her new role, Jordan will continue to find new programs and break into accounts. She will lead by example for new members of the sales team and help them grow through the hand-off of accounts.

Congratulations, Jordan! We can’t wait to see all you accomplish in this new role!

“When Jordan joined Government, she established herself as a key salesperson that her group could trust and depend on for growth. Her ability to develop relationships and network from them is constantly on display as she continues to reach new spread heights and diversify her portfolio. During 2021, Jordan’s efforts translated into spread growth and hit a milestone spread high in December. She is a true example of someone that will set goals and work tirelessly to achieve them. Please join me on congratulating Jordan DiPietro in her promotion to Business Development Manager,” – Dave Bruner, Vice President of Business Development

“Jordan has accomplished a lot since she’s been at ALKU. Rookie of the Year, Senior Oracle Recruiter, Senior Government Program Manager, and now Business Development Manager! When she sets her mind to something, she accomplishes it. She is someone that you want on your team, because she will always find a way to make the deal work. Whether it’s getting invited into her clients’ Slack groups, having car meetings with clients amid COVID, or just telling her managers to hire – she will get you the deal. She has worked incredibly hard and has been diligent to not only reach a milestone spread high but has also helped Government Intel and Engineering reach a significant amount in spread! I know Archie and I are very excited to see what she does next – Congrats on all your success Jordan!” – Kayla Gibbs, Government Manager

“Jordan DiPietro…. CONGRATS ON BUSINESS DEVELOPMENT MANAGER!! Yet another goal you can check off the list! Her goals for 2021 were to hit a new milestone spread, close over a deal a week, help the Gov groups grow, and buy a house… she did ALL of that, and more!! She is relentless and creative when it comes to getting activity, seemingly making things happen out of nowhere. She’s best known for having an interview set up for a candidate before they are submitted… it’s like some sort of staffing magic. If there is anyone that can get the deal closed, it’s Jordan! We’re excited to see what accounts you break into and what goals you will crush in 2022. I hear she is coming for the Salesperson of the year title…. Watch out!” – Maria Rose, Government Division Manager