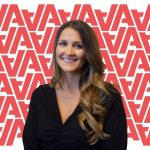 Kristina is viewed as a model ALKU employee by all for countless reasons. She embodies ALKU’s Have Fun Working Hard™ culture and is the culture leader behind the Medical Device brand. The number one supporter continuously puts her employee’s feelings first and cares for everyone around her. Kristina is determined, accountable, and flexible. Not to mention she is fun, energetic, and incredibly motivating.

Congratulations Kristina! We can’t wait to see all you accomplish in this new role!

“This is one of the biggest and most deserving promotions in MED’s History. This one was a long time coming. It’s one of those perfect “Oh, I thought she was already doing this role?”. The people in MED and ALKU’s general population look at Kristina like a director; they have for a while now. She is energetic, accountable, process-oriented, motivating, inspiring… all the things we look for in a director. Kristina constantly asks for feedback on how she can be better. It’s a difficult question for someone who constantly goes above and beyond. She puts her people first; she finds ways to hold people accountable yet also provide flexibility. Congratulations, Kristina, this promotion is well deserved. I am very happy for you. This won’t be the last time we read promotion announcements for her. Much much more to come. Med to the MOON!!!” -Bob Cordaro

“Well, NO surprise here- writing another quote for my fellow queen of Device. Over the past year, Kristina has been putting in some serious work. On top of planning her wedding (which was perfection, btw), she has transformed herself into exactly what a director needs to be. She’s engaged, energized, forward-thinking, problem-solving, and driven. Technically, Kristina’s job is to manage and build leaders, which she’s done an amazing job at, but what’s cool to see how involved and connected she is to every employee. Everyone who works around her loves and respects her because of how much passion they see she has for their team. They seek her out with any problem because they know she’s going to handle it, and she’s in their corner. Her three teams are unstoppable. Kristina, I hope I get to write your quotes for the rest of your career- this is nowhere close to the last. You build me up when I need a boost and ground me when I need a reality check. You inspire so many other women and me here at ALKU. Cheers to my girl on DIRECTOR!!!” -Patty Blanchard

“If ALKU had a fantasy draft, Kristina Zoto would be heavily discussed for the #1 overall sales leader pick. There is nothing that Kristina has not been able to achieve in any role she has held at ALKU. She came out of the gates hot as an AM and was certainly not a client order taker, quickly becoming one of the top AMs in the company. She educated and built some of the biggest, best accounts still feeding the medical device teams today. She then grew the Med QVC team to the biggest group ALKU has ever seen while building leaders around her. The building of those leaders afforded her the capacity to take on more. When she was asked to help the regulatory team, she approached the opportunity the same way she approached every position she had held prior, and….surprise, surprise, it flourished. 3+ leaders and one split later, Kristina has more than earned her place as an ALKU Director. The tenacity and urgency she brings to this job day in and day out is something to be admired. She is constantly looking at places to push the ball forward for herself and her teams to grow. Kristina – I can’t say I was thinking about staffing and director positions at 747 Main Street parties in Amherst, but as soon as you started this job, I knew you were something special. Thank you for all you do, and congrats on a well-deserved promo to DIRECTOR. We are certainly not the same without you. Celebrate this one!” -Dave Esteves