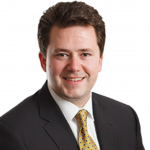 Nathan Rose started his career in 2010 and has been leading the Government recruiting team ever since! Nathan continues to go above and beyond and is a key component to the Government team’s success.

Nate helped to grow the Government team that consists of the Senior Recruiting Manager, the Recruiting Manager, and two futures members. He is always supporting and cheering everyone on. Additionally, he has mentored sales leaders in the government office. He is always traveling to Training Centers and attending career fairs. Nate promotes office travel and facilitates relationships between his people and others within the company.

Congratulations, Nate! We can’t wait to see all that you accomplish in this new role!

“While ALKU is a company full of passionate employees, I think we would be hard pressed to find a leader that is more passionate about their business than Nate Rose.  That passion has fueled Nate to be the driving force behind the Government business since his arrival in 2012.   During the last decade, Nate has helped build (and rebuild) a business, while developing a group of leaders that leave us all confident of its bright future.  In my tenure at ALKU I have found Nate to be a helpful and collaborative colleague who is well regarded throughout the company.   He is also one of the nicest guys I know which makes me that much happier to congratulate him on his well-deserved promotion.  Congratulations Nate!!!” -Marc Cirrone

“I remember interviewing Nate Rose and thinking “I am not sure if he has everything it takes to be great at this job, but I do know he will work as hard as possible to be successful.” Nate did not disappoint. He came in a difficult time; we were just coming out of the Great Recession and job orders were still hard to come by. However, Nate did everything that was asked of him and soon began putting up deals. I am pretty sure Nate still holds the record of closing his first 3 deals in one day. He continued to work the process, learn the business, and put himself in a position for success. After we opened Government in Herndon, it was obvious that we needed to transfer a recruiter down there to help build that office. Nate was the perfect person because of his success and his ability to teach. Fast forward to today, and nobody can question the success down there and the impact Nate has had. He helped to build this office from the ground up. He has sacrificed more along the way than most people know. Building a startup division is hard, but building an office is even harder. Congrats on all of your success Nate and your well-deserved promotion!” – Jon Kujala