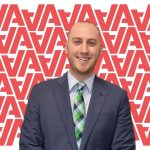 Tim Lysaught started his career with ALKU in October of 2016. Since day one, he has had an incredible impact on the growth and success of the Cerner group. During his five years with ALKU, Tim has thrived both professionally and personally. Tim’s growth set him on a path to this promotion, starting with the promotion to Cerner Recruiting Manager in 2018, receiving the coveted Breakout Manager Award in 2020, and hitting spread milestones in between, all while managing and developing five-plus recruiters.

Tim’s growth as a leader is undeniable- consistently exhibiting the traits of a natural leader. He is extremely hard-working and only adds value to any project or task he is involved in. Tim has been with ALKU through four Charlotte office moves and has brought the same level of passion and drive to each new desk. He is a tremendous asset, and this promotion is only one step in the direction of his overall capabilities.

With this and much more, ALKU is thrilled to announce the promotion of Tim Lysaught to Senior HCIT Recruiting Manager!

In his new role, Tim will lead a team of Recruiters within the Cerner Commerical, Cerner Federal, and Epic groups. Congratulations, Tim! We can’t wait to see all you continue to accomplish in this new role!

“Couldn’t be happier for you and this promotion Tim. It has been an absolute pleasure to work with you over the past five years. Since day one, you have come in consistently and outperformed any expectations that were set in front of you. Tim is one of the most hard-working, coachable, consistent, and reliable people you will ever work with. For someone who consistently leads five-plus Recruiters and maintains a high spread, it’s really fun to watch. What is even crazier, is that Tim isn’t scraping the surface of what he is ultimately capable of accomplishing. This guy is going to the moon! Simply put, this promotion is a result of one of ALKU’s core values; best person, best opportunity. Congratulations Tim!”- Tyler Bush, Director of Healthcare IT Recruiting

“Tim! Congratulations on the extremely well-deserved promotion! The moment I walked into the Charlotte office a few years ago, it was extremely evident how well respected you were and that you had the complete trust of the entire room. Your growth as a leader has been undeniable and it has also been fun to watch! Every single person that you work and interact with only has nice and great things to say about you. If you haven’t got the opportunity to work closely with Tim, you probably don’t understand the amount of passion and drive that Tim brings every day because he is one of the humblest co-workers I have ever worked with! Tim has been the definition of leading by example and showing his team what is asked of them and not just making demands or requests for others to work hard! Any team that you are involved with is extremely lucky to have you on their side. There is no one more deserving of this promotion, and I’m very excited to see what’s next for you!” Michael O’Brien, Director of Healthcare IT and Security Sales

“Tim! I am so happy for you to be getting this promotion! What a long way you have come!! It has been awesome to see your transformation from a long-haired, lefty from the Midwest to a successful Recruiter and Recruiting Manager that has consistently helped the Cerner group grow year over year. To think you were only one of a handful of people who helped get the first Charlotte Office off the ground, and now (a few years later) you are a Senior Recruiting Manager working in what is now the fourth Office location… wow this is awesome!! You are so deserving of this opportunity! For someone who has three kids under three, you are one of the most reliable, trusted, and consistent people I have the chance of working with! This is just the beginning and can’t wait to see what the future holds for you!”-Rachel Farmer, Cerner Sales Manager